An idea for a story is not the same as an actual story. Stories need a form, a medium. These ideas of reversing and exploring common zombie tropes could be made into several types of stories, but picking the right one was a long process. Zombie stories are often told through film, novels or video games. Feature length movies still seem to dominate independent productions, especially zombie genre stories. 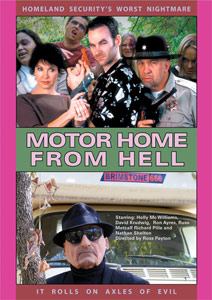 My previous experience in making a feature length film, Motor Home from Hell, dissuaded me from trying again. While making the movie was a challenging and interesting experience, trying to market and distribute it was even harder. It takes an entirely different skill set to sell a movie than it is to make one. Sinking that much time and money into a feature length Zombies of the World movie without having a solid plan to sell it wasn’t appealing.

Novels were far cheaper to produce than movies but my ideas were more suited for world building than a single narrative. I was more interested in describing a world with different rules for the undead than a single character’s life. Plus, the novel market is flooded and in turmoil. Traditional publishing companies are struggling to adapt as they can’t support successful midlist writers anymore. Video games are even more resource intensive than movies to make and I personally didn’t have any of the primary skills to make them – programming or artistic ability.

So, the first iteration of Zombies of the World was not a written text but a web video series.  Unlike movies, a web video can provide immediate feedback and engagement. Most people think of memes such as Rebecca Black’s Friday but I was more inspired by the new wave of serials like Marble Hornets or The Guild. They developed dedicated fanbases that follow their work and tell their friends about it. Plus, as a new form, the rules and conventions are not firmly established. I wanted to focus on each idea without having to worry about writing episodes to a given length or story arc. 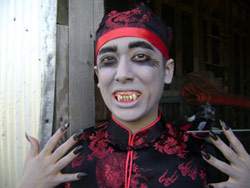 I outlined and wrote a zombie mockumentary thematically based around cable TV nature shows, like the type you would see on the Discovery Channel or Animal Planet. Each episode would be short and to the point, focusing on a topic such as migration or adaptation.

Next up: making the web series