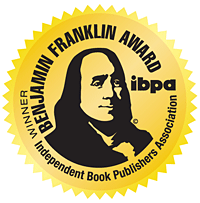 Presented by the Independent Book Publishers Association, the largest not-for-profit trade association representing independent book publishers, the awards are judged on editorial and design merit by top practitioners in each field. Awards are given in 54 categories. More than 1,300 entries were submitted to the competition.

“For my book to be named the humor book of the year by seasoned, knowledgeable professionals in all areas of book publishing is a great honor,” Ross Payton said.  “I’m very excited and encouraged, as this is a very competitive contest.”

This is not the first or only award for Zombies of the World. Payton’s opus was a finalist in IBPA’s Bill Fisher Awards, Best First Book category. ZOTW also received a silver medal in the Independent Publishers (IPPY) Book Award in the Graphic Novel/Drawn Book–Humor/Cartoon category. In the IPPY competition, out of 3,200 entries from 44 states and 11 countries, only 372 medals were awarded.

Zombies of the World has garnered high praise and excellent reviews for its imaginative concept, sophisticated design and remarkable artwork.  Reviewers at The Zed Word described it as sharply written, wonderfully illustrated and designed, mercifully concise, and deeply influenced by zombie culture. And most important of all: it’s really fun to read.

Payton’s all-color book is available on the Web at http://www.zombiesoftheworld.com/the-book/ in print or pdf; and at amazon.com in print or Kindle.